All my books are now exclusive to Amazon and are available in Paperback and Kindle formats, including Kindle Unlimited.

Brody Cody and the Stepmother from Outer Space

Brody Cody is almost eight years old and definitely, absolutely, positively does NOT want a mother. His mother died when he was a baby but life with his dad is just perfect.

Brody is horrified when his father goes away to a publishing conference and returns with a wife, Pandora Smith, who is a children’s author. His life spirals out of control as he is forced to eat healthy food, do his homework and help with some chores.

Even worse, he and his friends suspect that his new stepmother might be an alien from outer space.

A hilarious adventure for children aged 6-9.

Blind romance author Oliver Cameron uses the pen name of Fidel Amore and thinks he has the perfect life at his country estate near Desolation Bluff. After a honeymoon in Paris, his wife Vanessa continues her work as his assistant. His friend Ray is the business manager who lives in the gatehouse and also acts as the public face of Fidel Amore, doing all those book-signing trips that Oliver never wanted to attend. Helen Dunkley is the housekeeper devoted to him since childhood – but she detests the two newcomers.

Complications set in when Ray, working on his old car, accidentally backs into Oliver. His injuries appear minor but the next day he suddenly regains his sight. Oliver wants Ray and Vanessa to be the first to hear his good news, but when he finds them he uncovers a shocking betrayal.

A game of cat and mouse begins – and with the arrival of a mysterious stranger, it turns deadly.

A short suspense novel that will keep you guessing right to the very end. 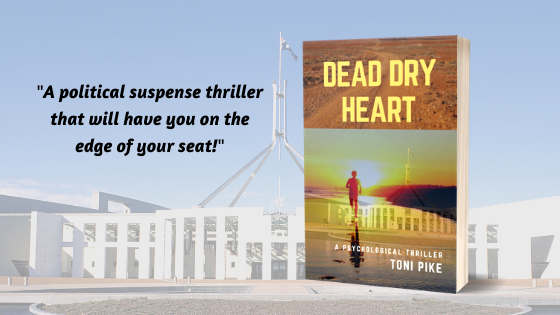 Tyler Thompson is Australia’s young, brilliant and charismatic Prime Minister, riding high on a wave of popularity. But the past has come back to haunt him and there is a shocking secret from his childhood that he will do almost anything to conceal.

The one man who knows what happened twenty-five years ago is back – and he is hellbent on revenge. Tyler’s precious wife and baby have disappeared and their safe return will cost him everything: family, career and freedom.

But even that may not be enough to satisfy his nemesis – and the truth may be more terrible than he could possibly imagine.

A chilling novel about deceit, betrayal and murder, with twists and turns that you will not see coming.

There are four books in The Jotham Fletcher Mystery Thriller Series – non-stop conspiracy thrillers filled with twists and turns.

The four books in The Jotham Fletcher Mystery Thriller Series are now also available as an ebook Box Set or an Omnibus Edition paperback. That means you can choose to buy the four full-length thrillers in one convenient book. Prepare for a non-stop thrill ride and follow the exciting story of Jotham Fletcher as he dedicates his life to hunting down the mysterious Simonion Sect.

Book 1 is The Magus Covenant

Jotham Fletcher is in Rome to give a lecture about Simon Magus at the church where he fell to his death beside the Roman Forum. Magus was a cult leader mentioned in the Bible and his libertine sect disappeared by 400 AD. But did it really die out?

A robed man is pushed from the bell tower of the church at midnight and Jotham becomes the prime suspect. His lover Antonella, an expert on ancient documents, has a shocking secret. Rumours fly about a papyrus scroll. A ruthless Catholic Brotherhood will stop at nothing in their hunt for a hidden sect. And a reclusive billionaire has the chance of a lifetime to get his revenge.

Jotham is kidnapped, tortured and on the run. He races from Italy to England to Sweden. But the body count continues to rise and so does the heat in this non-stop thriller that will leave you breathless.

Book 2 is The Rock of Magus

Jotham Fletcher returns in a race against time that takes him deep inside the Vatican. Cardinal Alpheus has ambitions far more sinister and explosive than anyone could imagine, and the death of Pope Linus is only the beginning.

Jotham is now a billionaire, dedicated to finding the Simonian Sect and he employs Madena, a former army officer, to help him. They rescue a televangelist in Seattle but find the photograph of a man who is soon elected as the new Pope, with Alpheus as his chief advisor.

The deadly Brotherhood re-emerges with Father Dominic at the helm. Jotham becomes the prime suspect in the murder of a cleric in Spain and the unwitting hero after a devastating event in Rome. He has a secret that he dare not reveal and is on the run from the police once again. But nothing prepares him for the final confrontation at the Pope’s summer retreat.

Book 3 is The Magus Epiphany

Jotham Fletcher returns in a deadly quest to save his own family and unravel the mystery behind two ancient relics, the murder of a young woman and a shocking series of messages. Jotham and Madena have dedicated their lives to stopping the work of the secretive Simonian Sect. Their belated honeymoon in Italy is interrupted when they cross paths with the sect and hear news of a mysterious object left at the spot where Simon Magus died in Rome two thousand years ago. The hunt for answers begins – and soon they are both in mortal danger.

The maniacal new leader of the sect has a plan to rewrite history. Father Dominic, the head of the Brotherhood willing to commit any crime to find the Simonians, flees across Europe with the help of a brutal killer. A strange series of messages about a solar eclipse has the world waiting for a revelation. And with Jotham’s family at stake, he must confront a nightmare from his past.

Book 4 is Holy Spear of Magus

Jotham and Madena Fletcher remain dedicated to finding the Simonian Sect. They leave their baby daughter at home and travel to Krakow in Poland to investigate a theology professor known as the Guardian of the Spear. Meanwhile, a mysterious Hungarian arrives at the hilltop monastery of Saint Dimitrios in Greece in search of an ancient relic that is rumoured to be buried there.

When a large Pentecostal Church in San Diego is crippled by a cyberattack, Jotham heads there with young computer genius, Eugene Beaudreau, to find out if the sect is responsible. They meet Pastor Silas Conrad and his strange family who are all obsessed with the Holy Spear and its curative powers.

When two monks arrive from the ruthless Brotherhood led by Father Dominic, Jotham is catapulted into a desperate struggle to track down the Holy Spear and stop it falling into the wrong hands. He races to Europe – but his enemies are more diabolical than he could possibly imagine.

The One Way Diet

– The pathway to weight loss

Are you searching for the pathway to weight loss?

This is a no-nonsense guide to finding the slender person you dream about, with simple advice on how to lose weight by focusing on your goals. THE ONE WAY DIET is not just a healthy eating plan, but is also about coping with every aspect of your weight loss journey.

People often say to me now that I’m lucky because I don’t have to worry about my weight. How wrong they are! Five years ago, I lost more than thirty kilograms after a lifetime of weight problems. Every day since then, I make the lifestyle choice to stay slim.

I call this THE ONE WAY DIET because, when I followed this method, my weight moved in one direction only until I reached my goal weight of sixty kilograms.

I’m giving you the benefit of my personal experience about weight loss, but there are no wild theories in this book. All you will find here is useful information and powerful inspiration.

If your dream is to lose weight, then this book will give you the tools that you need to succeed.

You have nothing to lose but your excess weight, and everything to gain.

Become a travel expert before you leave home.

In this short guide, there are hundreds of tips and travel hacks that will help to enhance your journey.

There is so much to be seen all over the world: breathtaking landscapes, ancient ruins, towns steeped in history, fascinating cultures and modern marvels.

Here is your chance to master the art of successful globetrotting!

Don’t leave home without reading it.

Please note that only the ebook versions are available at Amazon Australia or Canada. If you’re in those countries and would like the paperback version, please go to Amazon US or Amazon UK.

You can read more about the books here:

The One Way Diet

Instagram: @authorlovestravel  – Sharing my travel photos from around the world